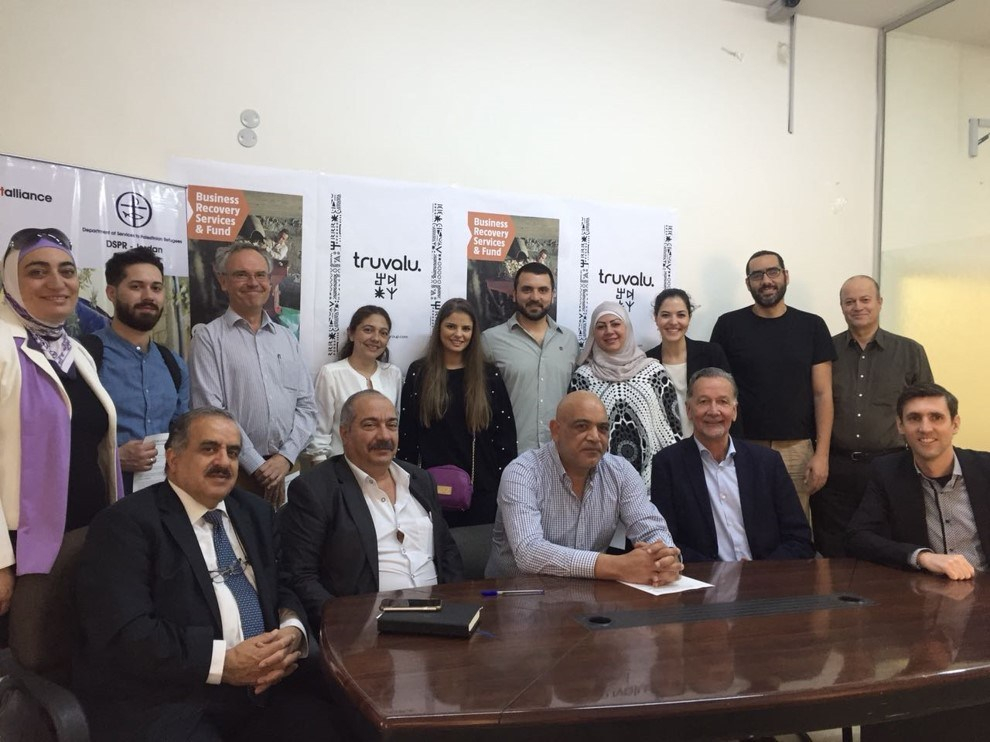 Truvalu co-founded a new program in Jordan to help refugees and Jordanians to start a successful business. The Arab country that is heavily affected by the Syria crisis, is home to entrepreneurs ‘who have a lot of potential’, says program manager Hala Imam.

Jordan, that borders conflict-torn Iraq and Syria, is considered one the safest countries in the region. Despite this reputation, it has some problems of its own. The country is one of the most affected by the Syria crisis. Jordan now has 89 refugees per 1,000 inhabitants, the second highest share of refugees compared to its population in the world, according the UNHCR.

The Government of Jordan is opening formal employment opportunities for refugees, but this is not easy in a country with an unemployment rate of 18.5 percent in the host community.
Truvalu, Kerk in Actie, ICCO and implementing partner DSPR therefore started a program in Jordan on business recovery.

“Before Syrian and other refugees fled to Jordan, many had a business at home”, says program manager Hala Imam, speaking from capital Amman. “The idea is to help them restart, and at the same time create employment and economic development for host Jordanian entrepreneurs.” Jordan not only hosts many refugees, but also has an increasingly young population between the age of 18 and 40. “All of them are looking for job opportunities. We have a lot of potential in this country”, says Imam.

Six successful applicants joined the first program that started in March. Last month, they finalised the business boot camp where their entrepreneurial skills were tested and strengthened. In addition, they received 25.000 euro each to start up their business: a loan that they pay back according to their quarterly revenue.

Mowafaq Hashem is one of them. The Syrian participants started Safartas, a lunch delivery service that works through online subscription. Hashem delivers main dishes, appetizers, salads and desserts to Jordanian employees and to university students. Eventually, he aims to expand his business to deliver meals to working families who do not have time to cook everyday.

Lara Shahin, another Syrian candidate, launched a business of handmade products with natural ingredients. Shanin aims to train 200 women to work on producing local soap, among others.

The Jordanian couple Nada Hanieh and Saeed Omar also work on training women. They launched SitatByoot several years ago already, an online recruitment and training website that helps women at home to train their skills. At the same time, they help employers and corporate buyers to connect to sit-at home women who can’t go out to work, but who would like to provide their services and make products for them at home.

“All entrepreneurs should hire 50% refugees, and 50% Jordanians”, says program manager Hala Imam. “With this we want to stimulate economic development and local employment.”

The first program in Jordan is a test case for what the organisations hope to become a entrepreneurial training program that restarts in Amman every quarter. Hala Imam: “We wanted to start small to study the market and see how the response is. But over the past weeks, we received a bombardment of calls, and we now have over 100 applicants who want to join our next program.” As far as Imam is concerned, the program will continue for the years to come. “We have already secured funding for the second round”, she says.